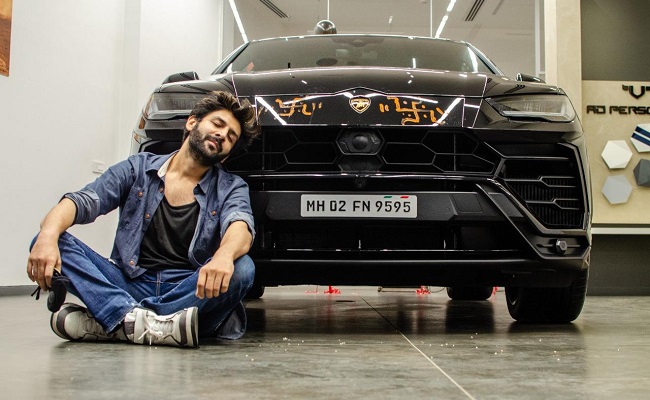 Bollywood star Kartik Aaryan has bought a swanky black Lamborghini Urus worth Rs 4.5 crore. The actor shared a video of his latest buy on Instagram, on Tuesday.

In the video, the actor celebrates with confetti and balloons.

This comes right after Kartik posted about him recovering from Covid. He had shared the health update with fans on Instagram on Monday.

He is also part of “Dostana 2” alongside Janhvi Kapoor and Lakshya, and will also be seen in the film “Dhamaka”, which will release digitally.

Marvel Entertainment releases a brief featurette highlighting the Dora Milaje's presence in Disney+'s The Falcon and the Winter Soldier....

Add Tami Stronach, who played the Childlike Empress in The NeverEnding Story, to the group of entertainers saying that...

‘The Falcon And The Winter Soldier’ Recap, ‘The Whole World Is Watching’

Previously on The Falcon And The Winter Soldier: Sam and Bucky head over to Berlin, where Zemo is imprisoned,...

Prince William has dropped out of this weekend’s BAFTA Awards, following the death of his grandfather Prince Philip, Variety...

The Detective: More Lasers In The Night Sky

Part two of a look at what pro cycling can learn from NASCAR – VeloNews.com