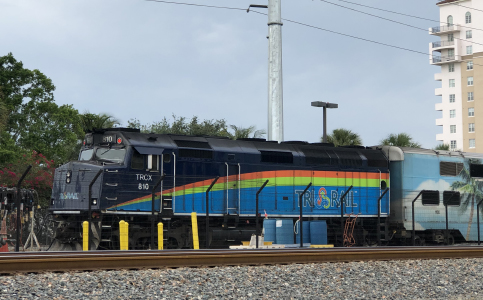 Arrival of Tri-Rail in downtown Miami remains delayed from a previously announced November date as the South Florida Regional Authority (SFRTA), Brightline and FEC Railway seek agreement on the need for a new dispatch desk and begin training staff to run the trains.

Steven Abrams, executive director of SFRTA, said FEC Railway, which owns the tracks, is requiring an entire new dispatch desk, which is more sophisticated but also adds to costs.

“Our position is that it doesn’t require a desk,” Mr. Abrams told the Citizens’ Independent Transportation Trust last week. “The length of the tracks hasn’t changed, the number of trains that we’re bringing into the station has not changed since the agreements were signed, and in fact, according to the agreement, any increase would have to be related to a new schedule or to additional trains.”

Brightline, which is constructing the link for Tri-Rail trains to the station, argues in favor of more dispatchers. “We believe that some of the conditions that are out on the corridor today are materially different from the way they were when that agreement was signed in 2016,” said Michael Lefevre, Brightline vice president of operations.

“Those include a number of things, including the regulation that was passed on the New River Bridge in Fort Lauderdale, which strictly governs how trains operate, the number of incidents that have occurred on the corridor interactions with motorists, grade crossings, pedestrians, all of that has required a heightened level of attention from train dispatchers,” Mr. Lefevre explained.

Added to that, in a labor shortage the authority is working to hire the dispatchers to ensure the trains and staff move safely across the railroad’s network.

The training of Tri-Rail staff to run the trains is the second major issue delaying the start of service downtown.

FEC Railway, Mr. Abrams said, informed the authority that the staff training could take more than seven months. Now both parties are negotiating a timeline. “They’re difficult to get ahold of,” said Mr. Abrams about FEC Railway, a company owned by Grupo Mexico and based there.

While these issues are being resolved, SFRTA’s board approved on Friday a set of change orders to complete the project, including Positive Train Control (PTC) Project Management Services and an agreement on amenities the station is to have.

Vertical and horizontal modifications under the platforms to allow Tri-Rail trains to enter the station are underway. “I’m pleased to say that project is 50% complete and will be finished by Aug. 1,” Mr. Lefevre said.

Mr. Abrams was unable to give a final date for project completion and the start of operation of Tri-Rail’s trains at the downtown station. “The project schedule is certainly a very much a work in progress; some of the task items in the schedule are dependent on other entities for completion,” he said. Miami Today reached out to FEC Railway for a comment but didn’t get a response.

Tri-Rail paid Brightline to build the link through platforms into the Miami Central Station that would accommodate Tri-Rail’s trains. The job was to be done in March 2017 but five years later is uncompleted.